This 1936 photo shows the three foster boys then living in the same household. Left to right: Denis, Billy, and Tom. (D. Elliott)

In this 1936 photo of Denis, Peter, the pet cat, sits on the saddle of his bicycle. Tom, another foster child then living in the household with Denis, is in the background. Three years older than Denis, Tom had taught Denis how to ride a bicycle. (D. Elliott)

Denis, left, and his mate from ATC days, Cyril Goldsack, in 1942, after they had joined the RAF. They both trained as pilots in Southern Rhodesia, but not together. The white flashes on their caps indicate that they were air force trainees. (D. Elliott)

From a modern map of Zimbabwe – which was called Southern Rhodesia during the war – the locations where Denis learned to fly in 1943 are noted in the Bulawayo area. Victoria Falls, in Southern Rhodesia, and Livingstone, in Northern Rhodesia, are also shown. (https://www.victoriafalls-guide.net/map-of-zimbabwe.html; map adapted by M. Poole)

From a wartime map of airfields in the vicinity of Calcutta. Denis’s base while on 159 Squadron was at Digri (yellow dot and red text), to the west of Calcutta by about 65 miles. On his first Penang operation (the 27th and 28th of Oct 1944), he took off from Kharagpur (light green partial dot, and light green text), south of Digri. On his second Penang operation (the 26th and 27th of Nov 1944), he took off from Kalaikunda (also a light green dot andlight green text). The take-off point for his third Penang operation (the 23rd and 24th of Jan 1945) was an unknown American B-29 airfield with a longer runway than at Digri, possibly Kalaikunda or Kharagpur once again. Denis also flew in and out of Alipore and Dum Dum (each shown with a red dot and red text) in Calcutta. After his 159 Squadron tour of operations was completed, he was trained on the Warwick aircraft at Baigachi (light blue dot and text), northeast of Calcutta. (Map adapted by M. Poole)

In yellow text are the targets upon which Denis dropped mines or bombs on his combat tour (twenty-three-operations) aboard RAF 159 Squadron’s Liberators. In red text are six other sites associated with Denis in India. (Google Earth imagery adapted by M. Poole)

Four of Denis’s 159 Squadron Liberator operations were to mine the waters of the Pakchan River, which served as the boundary between Thailand and southernmost Burma. He flew two of these operations in 1944 (the 20th of October and the 8th of December) and two in 1945 (the 20th and 27th of January). (Google Earth imagery adapted by M. Poole)

Upon a modern Google Earth satellite image (dated the 21st of February 2020), the basics pertaining to Denis’s napalm bombing attack on the night of the 2nd and 3rd of December 1944 are plotted. During the war, only the Rama VI rail bridge existed here, spanning the Chao Phraya River in Bangkok. (Google Earth imagery adapted by M. Poole)

The route of Denis’s relocation flights piloting a Stinson Sentinel from Cox’s Bazar, India to Yelahanka, India between the 22nd and 29th of May 1945, and then back to Cox’s Bazar between the 5th and 9th of June 1945. (Google Earth imagery adapted by M. Poole)

Denis (right) with his 159 Squadron navigator, Len Upjohn (left), his younger foster brother Billy (between the two other men), and Len’s baby daughter (in Billy’s arms) in Farnborough, Kent circa 1949 or 1950. Denis was the girl’s godfather. (D. Elliott)

On the 15th of September 1951, as part of a Battle of Britain commemoration airshow over Gibraltar, Denis piloted a Lancaster in a ‘fighter affiliation’ display evading a mock attack by an RAF Vampire jet. He made a memorable ‘rate four turn’ after the first display, as shown in this graphic. (Google Earth imagery adapted by M. Poole)

Denis as a flight sergeant at an undated Mess ‘do’, predating his appointment to a commission (his promotion to a flying officer’s rank) on the 24th of March 1952. (D. Elliott)

When flying a 38 Squadron Lancaster bomber stationed at RAF Luqa on Malta on the 23rd of January 1952, Denis’s intuition about a garbled radio intercept led him to search for, and find, the survivors of a ditched Lancaster in the Mediterranean Sea 53 miles south of Malta. (Google Earth imagery adapted by M. Poole)

Denis as an RAF officer in a formal post-war portrait. His specific rank is unknown, as is the date of the photo, but he became a commissioned officer on the 24th of March 1952. (D. Elliott)

Denis (front row, second from the right) as a flying officer during his time at the School of Maritime Reconnaissance at RAF St Mawgan, Cornwall, UK, between the 15th of May 1952 and the 3rd of April 1955. Behind the men is an Avro Lancaster. (D. Elliott)

In a photo dated the 20th of April 1955, Denis is pictured (front row, seventh from the right) soon after being named adjutant of the Air/Sea Warfare Development Unit at RAF St Mawgan, Cornwall, UK. He was a flying officer at the time. Behind the men can be seen an unidentified Lancaster of either the ASWDU or else the School of Maritime Reconnaissance, also based at RAF St Mawgan. It is unknown from which of the two units the other men in the photo were attached. See a close up below. (D. Elliott)

In this enlargement of the group photo from the 20th of April 1955, Flying Officer Denis Elliott is seated in the front row at right, wearing a beret, next to two senior officers. (D. Elliott)

Denis at a Mess ‘do’ uses a pipe as a prop in order to look older. It appears that there are two stripes on the cuff of his jacket, making him a flight lieutenant. He was promoted to flight lieutenant on the 26th of May 1955, but his flying unit is unknown at the time of this undated photo.(D. Elliott)

Denis’s aircraft, which can be identified as an Avro Shackleton by the counter-rotating propellers seen on the port engines. The Shackleton was developed from the Avro Lincoln, which was based on the Avro Lancaster. Denis piloted Shackletons from the 9th of August 1955 until the 5th of March 1957. (D. Elliott)

Several years back, Denis was taken to an airshow, where he was reunited with a Dakota, an aircraft he piloted in the Far East during the second half of 1945. He loved flying the Dakota in the RAF. (P. Martin)

On that same airshow visit, Denis, with a mix of wonderment, pleasure and satisfaction, was able to tour the interior of the Dakota, an aircraft that he said was a pilot’s joy. (P. Martin)

On the 20th of February 2020 Denis was interviewed for a BBC Radio Suffolk broadcast. In this photo taken during the interview, Denis is seen donning the five medals (in a row) he officially earned while in the RAF. Below them can be seen a fragment of the ribbon of one more medal – the unofficial British Forces Campaign Service Medal (which also had strict eligibility requirements). The official medals, from left to right, are: the 1939-1945 Star, the Burma Star with the Pacific clasp, the Defence Medal, the War Medal 1939-1945, and the General Services Medal 1918-1962 with the ‘MALAYA’ bar. A modest man, Denis never wore his medals in public until very late in life; it was just not his ‘thing’ to talk about his experiences until, fortunately, he opened up about his past for the book. (P. Martin)

On the 20th of February 2020 Denis was honored to meet young Air Cadets of 356 (Felixtowe) Squadron, Air Training Corps and their adult leader. Denis is seen donning his RAF medals, all earned in service to his country. (P. Martin) 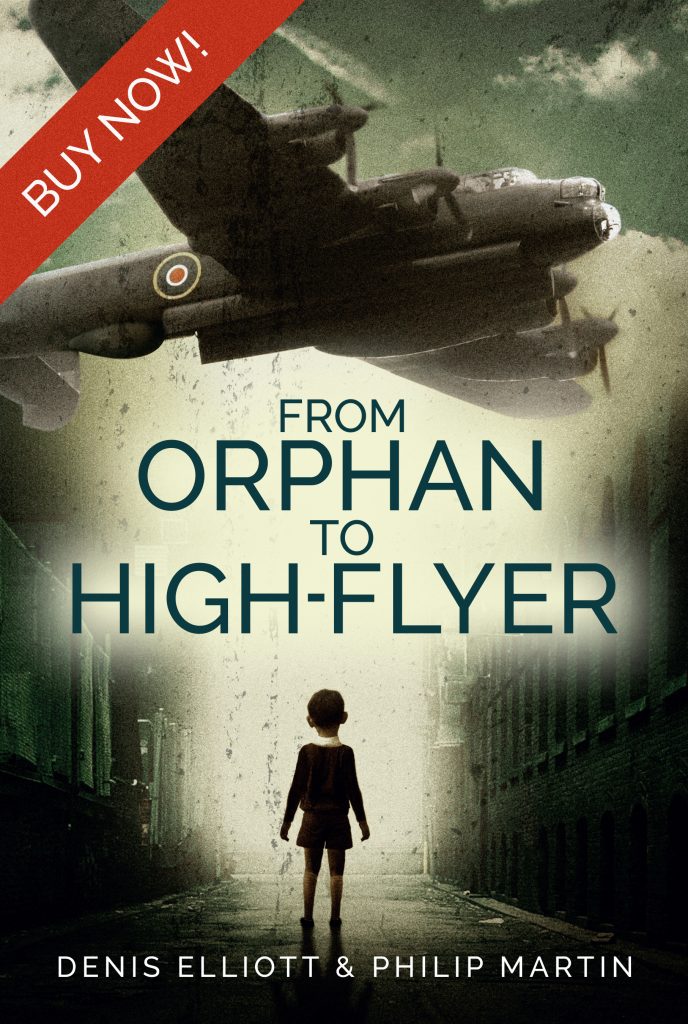